The Garden of Eden and the Evolution of Human Consciousness 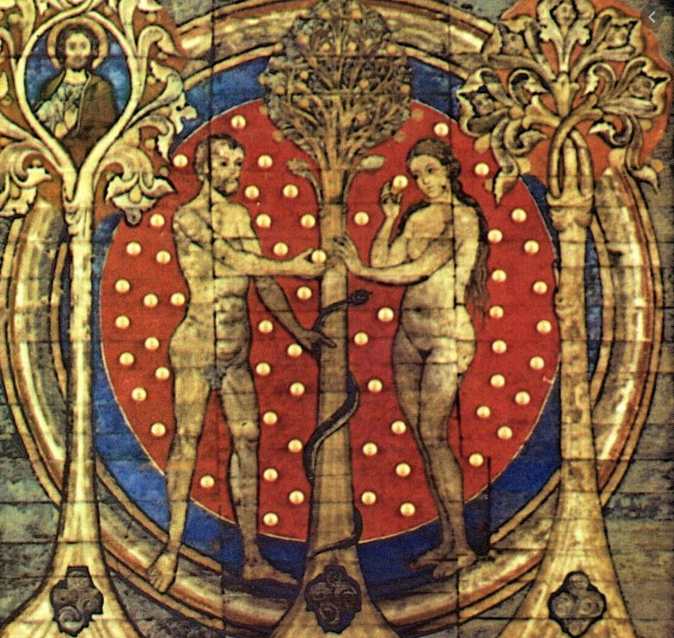 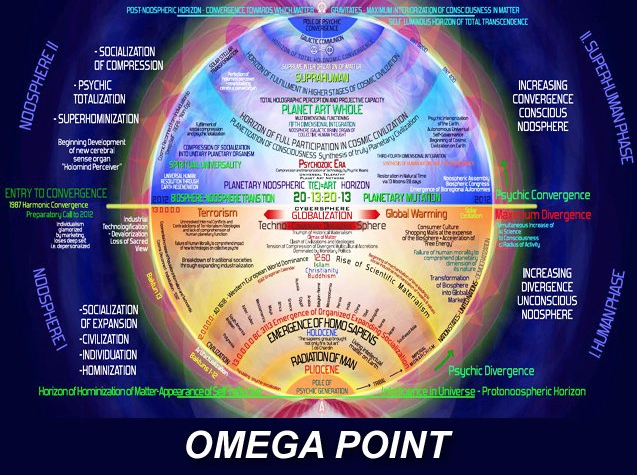 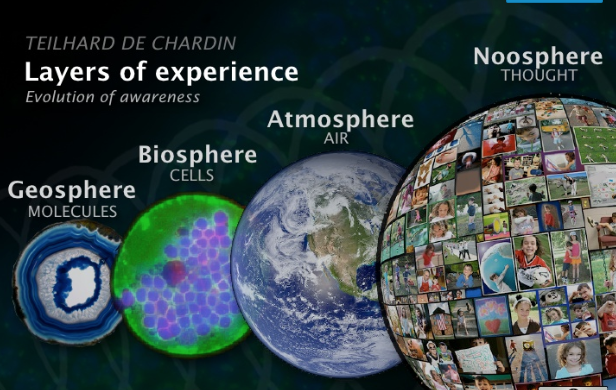 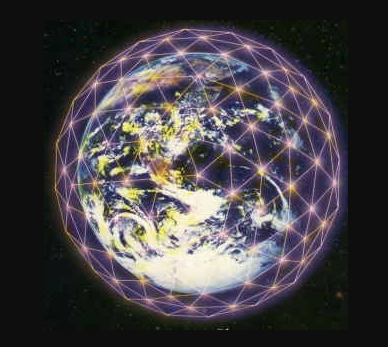 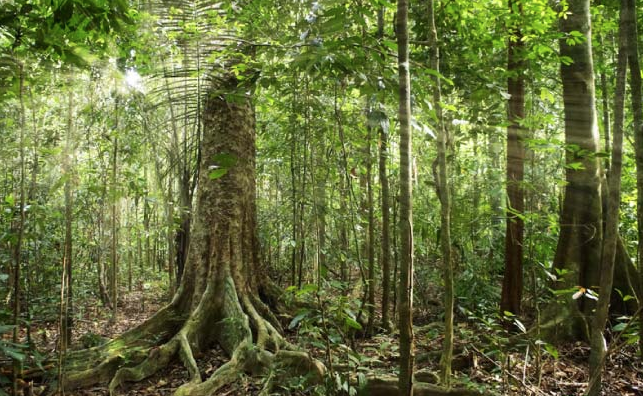 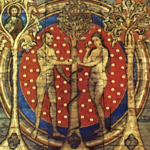 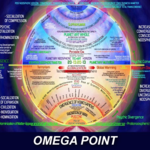 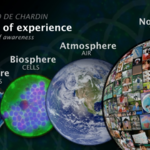 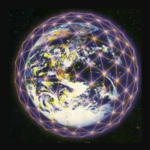 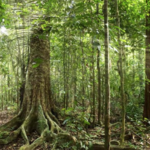 When I was nine years old, my agnostic parents sent me to the local Catholic school and I learnt that someone called “The Bishop” was visiting, I was excited to see if he looked anything like the chess piece. We were told he had a big ring and that we should call him “Your Grace”,   I didn’t know what a bishop was, apart from chess.

He was kind of the same shape – rounded in the middle with a bald, bobble head. He was a white bishop, so his team always got the first move advantage in any game.

The word ‘bishop’ suddenly took on a new meaning

Some twenty years later, I found myself steeped in the Anglican tradition. More bishops…but with an even stranger twist….. the chief bishop that oversees a large number of regions (dioceses) was called  ‘The Primate’. I remember being told the Primate was coming to Perth. I'd seen primates in the zoo... Church world is so weird!

Are you a creationist or an evolutionist? Do you believe the story in Genesis is literally true? That God created the world and Adam and Eve were created from the dust? Or do you believe that we are a more evolved version of the primate? (now here I am not talking about the bishop kind of primate – You can see how confusing it is!)

Science separated from religion most drastically after Darwin’s book in 1859 -the Origin of Species,   Probably most of us here believe something that lies in between, that evolution has been occurring for billions of years but there is a Creator at work within this mystery.

Evolutionist and Creationist theologies can exist together…

So, if we consider evolution, that humankind evolved from a more primitive ape, at what moment did this change? At what precise moment did “human” arrive, and how did that happen?

The mythology of Genesis is a literary form created to help explain why certain difficult to understand things are the way they are. It’s interesting to note that way back in the 4th Century, Augustine of Hippo suggested that Genesis should not be taken literally.

We have been taught that Adam and Eve eating of the fruit is how sin came into the world.   Eve tempted Adam and they ate the fruit– eating the fruit was an act of disobedience and because of that they were thrown out of paradise by God. Outside of Eden they had to endure a life of toil, painful childbirth (Eve) and eventually death.

Then Jesus was sent, the second Adam to redeem us - to save us from this original sin and to defeat death.   That’s what I was told to believe. The bible told me that too– it’s just how things are. We shouldn’t doubt our teachers, clergy, parents, God and the bible.

A lot of what I was told to believe didn’t make sense.

Well I grew up, and I began to think for myself and question.

All that I have learnt, plus the totality of my lived experience is what continues to influence how I understand these mysteries.

"It is not helpful to stay locked in the way we understood in the past.

It often leads to shallowness, fear and doubt, rather than deeping of faith and love."

Each time we read scripture, we must interpret it in the present – looking to the historical context but with our current knowledge, understanding and experience.  We too are evolving.

Let us take a moment to look at today’s reading from Genesis.

The Lord God took the man and put him in the garden of Eden to till it and keep it. And the Lord God commanded the man, "You may freely eat of every tree of the garden; but of the tree of the knowledge of good and evil you shall not eat, for in the day that you eat of it you shall die."   Now the serpent was more crafty than any other wild animal that the Lord God had made. He said to the woman, "Did God say, 'You shall not eat from any tree in the garden'?" The woman said to the serpent, "We may eat of the fruit of the trees in the garden; but God said, 'You shall not eat of the fruit of the tree that is in the middle of the garden, nor shall you touch it, or you shall die.' "But the serpent said to the woman, "You will not die; for God knows that when you eat of it your eyes will be opened, and you will be like God, knowing good and evil." So when the woman saw that the tree was good for food, and that it was a delight to the eyes, and that the tree was to be desired to make one wise, she took of its fruit and ate; and she also gave some to her husband, who was with her, and he ate. Then the eyes of both were opened, and they knew that they were naked; and they sewed fig leaves together and made loincloths for themselves.   (Genesis 2:15-17; 3:1-7)

It’s a pretty strange text and doesn’t give a very positive image of God.

And why did God say, “but of the tree of the knowledge of good and evil you shall not eat, for in the day that you eat of it you shall die.” They did not die that day – the serpent was the one telling the truth! They did not die that day, but they faced death by becoming aware of their own mortality. I don’t think most animals are as concerned about death as we humans are.

What does this Genesis text mean? Mean to us today, in the light of current understanding and experience?

I now wonder if it might be a story to explain that evolutionary transition from ape to human – where we become “conscious” –  aware that we are aware – our eyes were opened; and we were given a “conscience” – the knowledge of good and evil, the ability to discern and make choices, rather than operating on a purely instinctual, reactive basis.

Perhaps God planted the tree in the centre of the garden and made it so beautiful and perfect, for the very purpose of our evolution, knowing that we would be curious and touch and eat it because it was prohibited.

It would seem the fruit was good fo us. It made us grow up and gave us opportunities to make wise choices instead of living with animal instincts.

However, rulers, kingdoms, political regimes, institutions, & big corporations don’t want us to think for ourselves.  Empires want to control and influence us to comply and consume. Giving choice to people can create chaos rather than order. Crime and punishment keep people compliant. Fear generates consumption and corruption and booming economies.

Rules and laws help mitigate this risk. The 10 Commandments became more than 600 laws by Jesus’ time.   In his wisdom Jesus simplified all the laws to just 2 – Love God and love neighbour – and that’s even difficult for us to remember to live by.

The late Terence McKenna, an ethnobotanist, mystic, philosopher and author along with his brother Dennis, put forth a hypothesis that the turning point in the human evolution of consciousness came about by the apes eating a particular kinds of mushroom that expanded humans abilities to think, create, develop language and double the size of the human brain some 200 000 years ago. (see https://www.youtube.com/watch?v=Nxn2LlBJDl0)

We now know that Psilocybin, the chemical compound found in some medicinal mushrooms has the capacity to heal and rewire the brain.   Psilocybin is currently being studied across the world for its potential to help people with depression, Alzeimers, PTSD, brain injury, addiction and many more treatment resistant ailments of modern society. It continues to improve the lives of people across the globe in a myriad of ways.   It is considered extremely safe when used in a clinical or spiritual context and is almost identical to our neurotransmitter serotonin.

It actually is known for its ability in high doses to allow a person to have mystical experiences, which is particularly helpful for the existential crisis that many experiences when facing a terminal illness,.and as an antidote to atheism and apathy so prevalent in our society.

Michael Pollen, author and teacher, was named by TIME magazine as one of the one hundred most influential people in the world. His 2018 book “How to Change Your Mind” is really worth reading if you want to delve deeper into how these ancient rediscovered medicines hold so much hope for humanity.

Was the fruit referred to in this myth a fungi, or a plant that literally shifted something in human awareness and made humanity different to our primate ancestors?

Perhaps the Fall is the ancient myth to explain how the humanity shifted to this difference.

Perhaps if we continued to stay in the garden and eat the fruit we’d be in a healthier state!

Sadly, we left the garden and lived separate from the rest of creation, believing ourselves to be superior, often behaving as if we were God.  The past century of this attitude has escalated to a global crisis with catastrophic consequences as mass extinction threatens so many species, and global warming destroys coral reefs and artic ice.

This story of the garden of Eden is really fascinating and there is so much to learn from studying the text: what the Hebrew words and symbols mean, and how much this myth has influenced views and practices on such things as authority, agriculture, gender, sexuality, human relationships and the theology of our origins.

What message did those who created this story want to plant in the minds of the people who received it?

By man having an attitude of dominance over the earth things has rbeen a huge disaster.

We need to find new ways, make new choices, we need to evolve to save ourselves and this beautiful planet that is in peril. We need to listen to the pleas and voices of our indigenous communities and make drastic changes.

Thank God that science and spirituality are finally aligning once more, and we are learning more about nature and how to reconnect and listen to her voice.

Let us make wholesome choices for this fragile planet, using this gift of discernment of good and evil.

Let us continue to find healing for all who are suffering.     ·

Parish BBQ We Are Starting A Sunday School Program